More than 300 people came to the inauguration of wind farm Långmarken in Kristinehamn municipality. An event that took place in the sunshine and with nice winds.

During the opening ceremony there was an opportunity to enter one of the wind turbines, look into a service vehicle from Vestas, enjoy Swedish fika and compete with Eolus. The county governor of Värmland, Mr. Kenneth Johansson, held an inauguration speech and cut the ribbon to one of the wind turbines to declare the wind farm opened. In addition, speeches were held by Raphael Lance, responsible for investments in renewable energy at Mirova one of the owners in the park, and Eolus CEO Per Witalisson.

At this link, you can read a joint press release from the European Investment Bank, Mirova and Eolus. 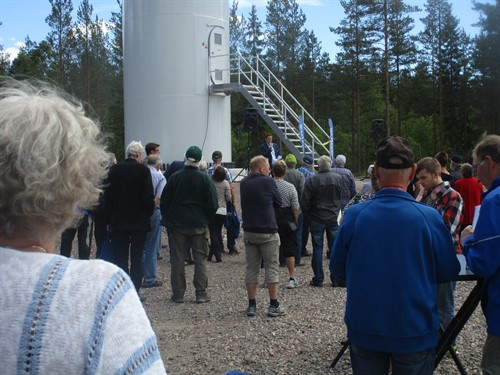 Eolus CEO Per Witalisson, is informing the crowd about Långmarken. 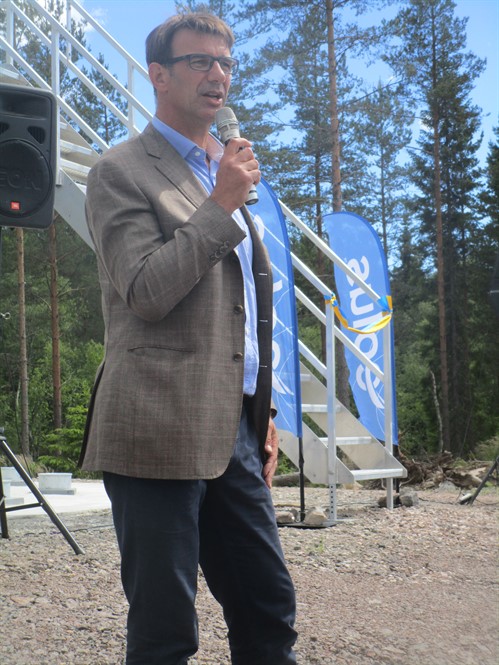 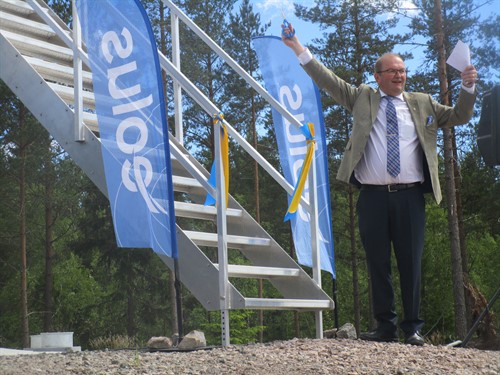 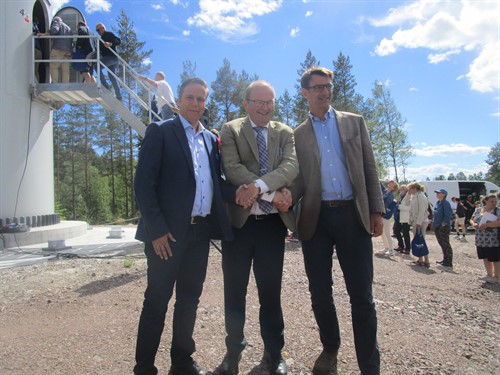 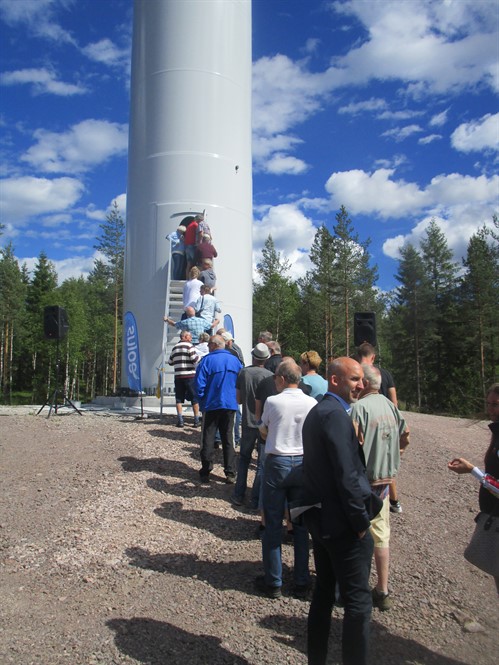 There was large interest from the people in attendance to enter one of the eight turbines in the wind farm.